Once more I have been part of something I can’t really grasp.
Yet another splendid adventure from Lazarus Lake’s repertoire.
After a few days hiking with Fredrik in FH,
the trails and forests started to feel homely.
I was somewhat eager to get into the Barkley parts of the park.

The night before the start I slept poorly, if any.
Nervous as if it was one of the first races in life.
Chased Jonas up to check if the conch was blown at 03:02.
It was an owl.

After the cigarette is lit, the conditions are set.
Everything is clearer, I was happy.
It is not complicated, keep moving forward,
eat, drink and continue to push hard.
…until the the water jugs are frozen and the last grain of sand has left the hourglass.

It was hard though, to pick the right way.
I wanted it to be as easy as in the instructions.
Toshi was a good companion, had ideas from a previous attempt.
Sometimes we did well together.
Other times not.
But we smiled.

My time buffer when going on the first reversed loop was of course too tiny.
But the day was beautiful and spirits high.
I was in a Barkley adventure.
I didn’t want it to end.

Reaching the Fire Tower I was beaten down by all my poor navigation.
The worst and first going down Big Hell and missing the Beech Tree.
But also hiking up Zip Line exiting too far north.
Scrambling down to the prison, I can’t believe my mistakes there, on a perfect ridge.
Because when leaving the yellow gate for the third time,
I thought I had the book placements figured out.

Still I didn’t want to think about the inevitable failure.
I decided that it still was doable, trying to push on.
But in the briar infested ridge leading to the top of the Squaw trail start, I was slow.
From New River up to Fyke’s Peak I nailed it, it brought new hope.
Leonard’s But Slide was conquered at the last rays of light.
Then I got ridiculously lost traversing Stallion Mountain.

The wind was picking up.
It was no longer freezing but the gusts were threatening.
The content of the jugs at Garden Spot was liquid again.
While switching to my main head lamp I realized I had brought the used battery.
I was stuck with my backup light that had been used for several hours.
Turned it to the lowest light level and was lumping off, down the switchbacks.

Finding my way down and past the coal ponds, not perfect, but good enough.
Then North Boundary Trail, stumbling feet, wondering thoughts, dreamland mania.
I was not paying any attention to my whereabouts.
The trail was slowly eaten by my steps.
The mind was slowly being seduced by sleepiness.

Ridges was passed, the fallen tree was climbed.
Where is the spur from where I shall descend?
I could not make out where I was on this candy ass trail.
Passing a branch in the trail heading south.
From here the map read to me: one big soft turn until reaching the spur below Bald Knob.
But in reality there were only switchbacks.
Several long switchbacks leading down deep into a valley below.

My mind came up with several options.
I chose to turn back and hike up to the branch to make sure it was really there.
It was really there, also on the map, but where am I?
Down again, push forward.
And there it emerges, the spur below Bald Knob.

Being afraid to lose my ways again I decided to cut down hard on the west flank of the spur.
That would let me hit the creek sooner than if heading straight for the book.
I was drawn by the friendly rippling sound of the creek.
It felt right but it was so wrong.
The terrain got absurd and my very restricted light showed me very little of what was coming.

I soon realized that the head torch would not stay on for much longer.
But I could only push on, scrambling, climbing, falling towards the branch in the creek.
Somehow I overshot it, it was like real magic or something from Star Trec.
When I got close to the creek again it was streaming the wrong direction.
Brains boiling, but it was easy enough to realize that I needed to backtrack.
The book was found and now I refused to make any more stupid route decisions.

I brought forth my “real” compass and made a proper bearing up to Jury Ridge.
That worked as it is supposed to and I think it was my most effective ascent during the entire race.
Back on the North Boundary trail I felt safe again.
If the light would go out here I could perhaps slowly follow the trail back to camp in darkness.
But the light kept shining its bleak rays and I was moving down towards the Park’s corner.
Switchbacks, never ending… sleeping, stepping one step through every hairpin turn.
Grasping for breath every time I thought I would plummet into an unseen abyss.

At the bottom I sat on a rock and ate a Snickers.
This would be the last climb of the race, I had been too slow.
A fun run was what I could bag.
Somehow I was overconfident and sloppy again, also when it came to navigation.
I did not take a proper bearing for the climb.
With a glance on the wrist compass I took off and followed a nice spur up England Mountain.

First it went well.
Made good ground and met few obstacles.
But it never ended, it went on and on.
I consulted the map many times.

Was I on the right spur, or on the right mountain for that matter?
I found myself at the bottom of a great rock wall.
Could not see any walkable passage in either direction below the cliffs.
The weather was turning foul with small raindrops in the breezy air.
A stupid decision later and I was hallway up the wall.
Slippery mud and bare cliffs, rotten trees and poor holds for hands and feet.

It went well.
I did not have to.
Continuing on and was constantly expected to reach the mining bench.
The rain intensified.
The torch flickered.
This was not a good spot to be in without light.

Reaching the bench from the north I was very stressed from the fading light.
I did a quick look around, saw the actual book stone but did not realize it was the one.
The decision was made.
I had to find shelter from the weather before the darkness was inevitable.

I tried to hide behind a large tree in Fangorn Forest but its limited shelter was not sufficient.
My mind told me to walk up the mountain.
I thought I remembered some cliffs at the top that might have a cavity big enough for me.
Didn’t want to risk being in the lousy weather without any light and without bivouac opportunities.
The fun run finish disappeared.

I soon found some cap stones and hid underneath a couple of big boulders.
While safe from the worst wind and rain I put on all my spare clothes and the plastic rain poncho.
I sat curled up against the stone with the thighs tight to my chest.
Miserable for my race performance but calm, analytical without any feelings.
I was somehow proud of my decision to quit the play in order to focus on being safe.
My family back home would be happy for this, I persuaded myself.
Stupid thoughts in a very tired and confused mind.

I switched the light off, yes it still worked.
Sat and tried to stay awake but fell asleep, hitting my head repeatedly in the rock wall to the right.
Finally I realized I would never be able to do this head bouncing game until dawn.
I had a space blanket in the pack and unwrapped it.
It was big enough to roll myself into,
and it allowed me to lie down on some dry leaves in my simple dwelling and close my eyes.

Woke up many times but finally the early morning light showed me the forest again.
And the fog.
The first thought was that this fog is unfair, I wanted to see the surroundings in order to pinpoint my position.
My mind is weak; unfair, no, not unfair, all situations we encounter are part of the play.

After a light breakfast, a fistful of peanuts from my left shorts pocket, I packed the space foil and stood up.
Wanted to make sure where I was.
Heading over the summit and instantly finding the Cumberland trail.
Decided to go back down England Mountain and collect the last page before heading back to camp.
Back into play mode.

Before Fangorn Forest I met another human coming up the mountain, Eva.
It was very warming to realize that we were several “runners” that had been out there this night.
You are not special; you are amongst a band of playful souls.
Once I stood by the stone and tore the page from the book I remembered it from last night.
I had been right here, five steps away,  but in a mindset that was switching from playing to surviving.

Now I descended the switchbacks from Bird Mountain thinking of my race.
I loved it.
I hated not being tough enough to conquer it.
But extremely grateful for being allowed a part in the play, Barkley 2015.
I embraced the failure and tears appeared in my eyes.
I laughed at my own sentimentality and started singing El Condor Pasa.

I rather be a sparrow than a snail.
I am a snail. A Barkley snail.
That’s why I fail…

Big hugs to all of you,
Johan 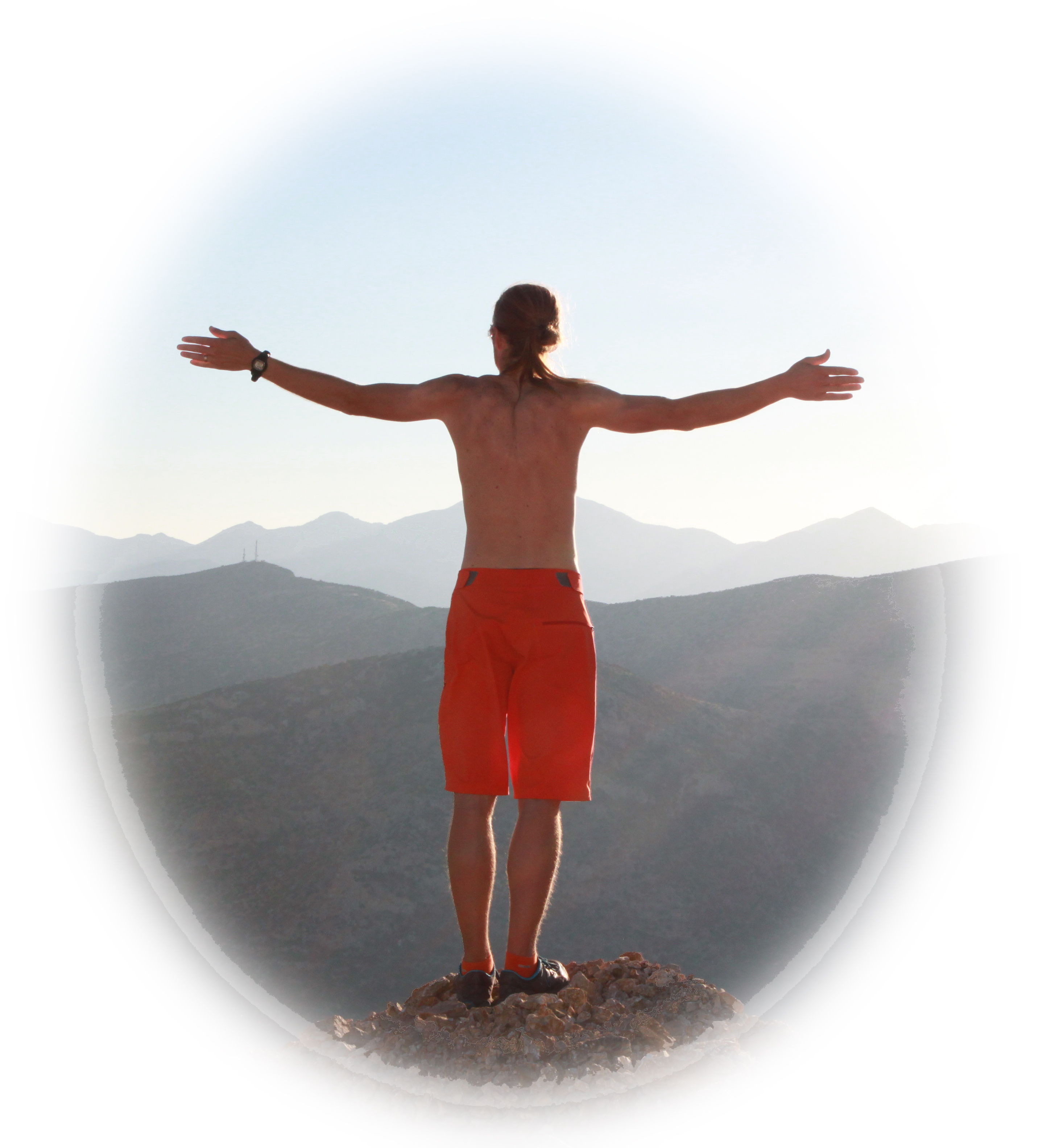